You can’t just take people’s word for it these days. People will say anything to sell you a car. If you want to make sure the car you’re purchasing is going to be good for you then you need to do a VIN lookup.

A VIN lookup is a way to find out exactly what make, model, and year a vehicle is as well as important history on what its been through since it left the factory.

What is a VIN number?

A VIN number is a 17 character code that contains important information on how and when a car was manufactured. It’s sort of like a social security number for a car because every VIN number is completely unique and public information is recorded about it every time it is sold, bought, received car maintenance, got in an accident and other major events for the vehicle. 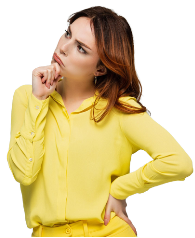 But its’ not just random numbers that don’t mean anything. There’s a specific system that’s used by all car manufacturers in the industry to identify a vehicle’s make, model, trim level, country, everything.

Vehicles in the US are mandated to have VIN numbers that can be seen from outside the vehicle since 1968. Manufacturers started using 17 character VIN numbers in 1981 to make it easier for all manufacturers around the globe to be on the same page when creating vehicles for use in the United States. Before 1981 different manufacturers used different formats for the number and it got very confusing to identify different types of vehicles so eventually everyone conformed to one standard.

How Do I Find My VIN Number? 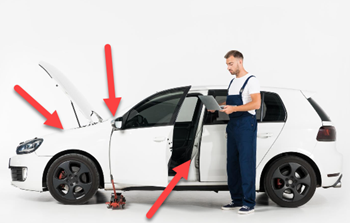 VIN numbers are typically located on the windshield on the driver’s side of the vehicle. It may be located inside the door, on the engine, or on the car frame in older vehicles. Many modern vehicles are starting to have the VIN numbers engraved into the engine to prevent VIN cloning. More on that later.

On a motorcycle, it’s usually located on the frame right underneath the handlebar. You might need a flashlight because it may be engrained in the metal and hard to see.

On a Harley, it’s usually located on the right side of the bike both on the neck and again on the downtube of the frame near the wheels.

What Do All the Letters and Numbers Mean?

VIN numbers for modern vehicles are divided into 3 areas that tell information about the vehicle:

The World Manufacturer Identifier tells you what country the car was assembled in and by what company:

The vehicle descriptor section tells you the brand, engine size, and type. You want to pay close attention to this section if the person who is selling you a car is vague about what kind of car it is:

* The 4th and 5th characters describe the trim level and the model of the vehicle.
* The 6th indicates the body style such as coupe, hatchback, SUV.
* The 7th shows what safety equipment such as airbags are included.
* The 8th character shows the engine code that tells what type of engine was originally installed in the vehicle such as V6 or V8 etc.

* 9th tells you the security code which shows if the VIN is valid.
* 10th character shows the model year.
* 11th is a factory code that indicates which factory a car was made at.
* the last 12-17 character is for the vehicle’s serial number, this is so that every individual vehicle has a unique way of identifying it.

VIN numbers are a way to track an individual vehicle throughout its entire lifetime. Car auctions, state DMVs, and insurance companies use VIN numbers to find out information about each unique vehicle.

How to use a VIN Decoder to do a VIN Check

A VIN decoder is a tool that analyzes all the distinct characters of a VIN number and tells you information about the vehicle such as, who made it, where it was made, what country etc. A VIN check gives you detailed information about what has happened with that vehicle since it left the car factory.

You want to do a VIN check on a used car so that you know more history about it before you buy it such as how many owners it’s had, when and what type of maintenance it’s had, any accidents it’s been in, and a wealth of other important information.

Is it Safe to Give Your VIN Number Out?

When people buy a car they typically want to know the VIN number of the vehicle so they can do a VIN lookup to see if there is any information about the car. that might be a hazard. If the seller of a vehicle isn’t willing to give their VIN they may be hiding something.

A VIN number is more of a social security number for the car, it has nothing to do with the particular owner. If someone knows your VIN they can’t find out any information about you, not even your name. A license plate number will tell more about the owner than the VIN.

You still want to use some discretion when giving your VIN number out though. You want to make sure that the person who is asking for your VIN number is using it for a legitimate reason. A scammer can use your VIN number to replace the VIN of a stolen car of the same make and model. This scam, known as VIN cloning, can make false information show up on your VIN lookup when the stolen car is sold.

What Can Scammers Do With a VIN Number?

Scammers can do things such as VIN cloning, where they etch the VIN number off of a vehicle and replace it with a VIN of a vehicle with a good history. It’s being called identity theft of cars.

A scammer can walk up you to your car while it’s parked in a parking lot that has the same make, model, and color as your car on look at your windshield to quickly write down the VIN number. Then they go and steal a car of the same type, or they may already have stolen one.

They can then go and get a fake VIN plate made with your VIN, and etch off the plate on the stolen vehicle and put on the fake VIN. After that they go sell the car because when a buyer does a VIN lookup it will show that the car is not stolen. They typically target higher-end cars then sell the stolen ones for cheap and the buyer thinks they got a good deal on an expensive car.

You want to make sure that you check both the car engine VIN and the car door VIN before purchasing a used vehicle. Don’t just rely on the VIN that shows on the windshield. The VIN on the car engine will be engraved into the engine and is harder for scammers to change. If all 3 VIN numbers don’t match you should not buy the vehicle.

Purchasing a used vehicle can be a smooth process if you know what to look out for. Even if the person that is selling a car gives you a copy of a VIN check make sure that you do your own VIN lookup to make sure all the information on the vehicle is current and up to date.

Which Jeep Model is Right for You?

The Pros and Cons of Refinancing Your Car Loan

Used Car Warranties: Everything You Need to Know